In Virginia Beach, Skin Cancer Detection and Prevention Month is an important time. I have had the unfortunate privilege of representing two families who each lost a husband and father as a result of melanoma that went undiagnosed by their doctors. Melanoma is the deadliest form of skin cancer and the risk of an American developing melanoma is about 1 in 87, according to the Journal of the American Academy of Dermatology.
END_OF_DOCUMENT_TOKEN_TO_BE_REPLACED

A medical malpractice lawsuit filed under the Federal Tort Claims Act (FTCA), which allows people to sue the federal government for medical malpractice committed at federally funded clinics, was recently decided in favor of the family of a 6-year-old boy who suffered brain damage at birth. As a result of the brain damage injury, the child was rendered a quadriplegic with cerebral palsy. The lawsuit was brought in federal court against the U.S. Government because the negligent doctor worked for a federally funded clinic. The $29.1 million verdict will be off-set by a $6.5 million settlement previously reached with the hospital.

Other claims allowed under the FTCA include those brought by dependents of active duty military members (active duty military personnel cannot sue the government for medical negligence at this time) who are injured or die as a result of medical malpractice by military medical personnel. The attorneys at Pierce & Thornton have successfully handled medical negligence cases against the federal government and have experience in federal court, which is where FTCA cases must be filed. If you have questions regarding potential malpractice committed at a VA facility or other federally funded clinics, call one of our attorneys at Pierce & Thornton for a free consultation.

Doctors and other healthcare professionals in Virginia and around the country were recently notified of a new program launched by the U.S. Food and Drug Administration aimed at reducing the likelihood of preventable harm from medication use. The “Safe Use Initiative” was started because “too many people suffer unnecessary injuries from avoidable medication misuse, errors and other problems,” said FDA Commissioner Margaret A. Hamburg, M.D.

Millions of people are harmed every year from inappropriate pharmaceutical drug use. Many injuries occur as a result of incomplete access to information about a drug, a patient, or the patient’s condition. “Only through coordinated interventions across all sectors of the health care system can we substantially reduce preventable injuries from using medications,” said Janet Woodcock, M.D., director of the FDA’s Center for Drug Evaluation and Research. “All participants in the health care community have a role to play in reducing the risks and preventing injuries from medication use.”

The FDA highlighted several risk-reduction projects that may benefit from Safe Use collaborations, including evaluating consumer medication information, communicating about the risk of inadvertent overexposure to acetaminophen, implementing safeguards against surgery fires caused by alcohol-based surgical preps, and avoiding contamination of multiple use medication vials.

END_OF_DOCUMENT_TOKEN_TO_BE_REPLACED

Physicians in Virginia and around the country often misdiagnose or fail to diagnose several common women’s health issues, according to a recent health report. Health experts say that many women walk out of doctors’ offices feeling that their symptoms were ignored or have not been taken seriously. They are often told that their complaints are “all in their heads” or that everything will be fine if they would just stop worrying. The report warns that the best way for women to avoid having a disease misdiagnosed or not diagnosed at all is to become educated and empowered by learning the names, risk factors, symptoms, and treatments for the most commonly misdiagnosed women’s illnesses – – and then push to be taken seriously.

The seven most commonly misdiagnosed women’s health issues are: 1. polycystic ovary syndrome (the most common hormonal disorder among women of reproductive age and the leading cause of infertility); 2. fibromyalgia (a disorder of unknown origin that is characterized by widespread pain, numbness, and exhaustion); 3. chronic fatigue syndrome (although nobody knows the exact cause of the extreme fatigue common to this disorder, studies point to dormant viral infections, hormonal imbalance, and stress); 4. lupus (a malfunction in the immune system where the body becomes its own worst enemy); 5. multiple sclerosis (occurs when the immune system attacks the protective covering of the nerves in the brain and nervous system, breaking down communication between the brain and body and sometimes destroying the nerves themselves); 6. rheumatoid arthritis (a disease that attacks the linings of the joints via the immune system, causing swelling, aching, and potential deformity in hands, wrists, hips, knees, and feet); and 7. irritable bowel syndrome (a disorder characterized by chronic abdominal cramping and pain, bloating, gas, diarrhea, and constipation).

Pierce & Thornton has handled numerous cases throughout Virginia, including cases in Norfolk, Portsmouth, Virginia Beach, Hampton, Newport News, Williamsburg, Suffolk, and the Eastern Shore involving the misdiagnosis or failure to diagnose a disease or disorder by a physician, including the failure to diagnose and treat various types of cancers. We encourage you to contact our firm if you question the care rendered to you, a family member, or friend.

A recently released VA Inspector General report found ongoing problems at a Veterans Affairs hospital where nine patients died in surgery in six months – a mortality level more than four times the expected rate. As a result, VA Secretary Eric Shinseki pledged to send five top-ranking officials to investigate the ongoing medical errors at the government-run facility. The VA report also found other evidence of medical malpractice, including inconsistencies in the tracking of deaths, medical procedures performed by physicians without proper authorization, and inadequate record keeping of patient care.

Medical negligence committed by the government against a military dependent (active duty military personnel cannot sue the government for medical negligence at this time) can be pursued under the Federal Tort Claims Act (FTCA). Under FTCA, a dependent of an active duty military member who is injured or dies as a result of medical malpractice by military medical personnel can pursue a claim in negligence. The attorneys at Pierce & Thornton have successfully handled medical negligence cases against the Federal government and have experience in Federal court, which is where FTCA cases must be filed. If you have questions regarding potential malpractice committed at a VA facility, call one of our attorneys at Pierce & Thornton for a free consultation.

Two workers at a nursing home in Galax, Virginia, have been dismissed due to allegations of abuse of residents. The workers are being investigated by the police and criminal charges are expected. There are many nursing homes throughout the Virginia Beach, Norfolk, Chesapeake, Portsmouth and the overall Tidewater area that provide fine care to their residents. However, over the course of 25 years of practicing medical malpractice law, I have seen many instances of abuse and neglect of nursing home residents. Sometimes, there is simply inadequate staffing to provide the necessary level of care for the nursing home residents. Sometimes, the nursing home employees simply fail to provide appropriate care, thus resulting in injury or death to the resident of the home. At Pierce & Thornton, we have handled nursing home cases involving pressure sores, falls, medication errors, abuse and neglect and many other cases involving injuries to and death of residents at nursing homes.
END_OF_DOCUMENT_TOKEN_TO_BE_REPLACED

A Virginia nursing home and rehabilitation center is the focus of an investigation by the Galax County Police Department, according to a local news agency. Two nursing home employees have been dismissed from employment at the nursing home under investigation. Nursing home abuse and neglect was also recently brought to light here in Tidewater when a malpractice case was settled against a nursing home whose employee had repeatedly sexually abused a patient.
END_OF_DOCUMENT_TOKEN_TO_BE_REPLACED

In Hampton Roads, it is not unusual to see patrons walking in and out of the many tanning salons along the Virginia Beach oceanfront, as well as salons in Chesapeake, Norfolk, and Newport News. As good as one may look and feel with a suntan, the risks of developing melanoma, the deadliest form of skin cancer, are extremely high. Pierce & Thornton has successfully represented in Court the families of clients whose physicians failed to diagnose melanoma, leading to the clients’ deaths.
END_OF_DOCUMENT_TOKEN_TO_BE_REPLACED 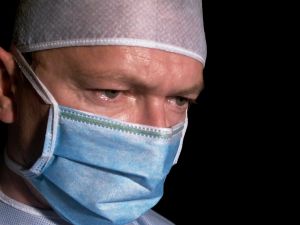 Virginia Beach parents, whose baby died suddenly after birth in April, 2005, are trying to reform the Virginia Board of Medicine procedures for public complaints. Their infant died as a result of dangerously low amniotic fluid (oligohydramnios). The mother, who was at high risk because of her age, had undergone chorionic villus sampling, more commonly called CVS, in which a needle is inserted into the placenta to extract tissue. The couple suspects that this procedure caused a small leak of amniotic fluid that was undiagnosed and untreated. The amniotic fluid index was well below the 5 centimeter level that is considered cause for concern. The baby was delivered via Caesarian section and died almost immediately due to underdeveloped lungs, which is a by-product of oligohydramnios.
END_OF_DOCUMENT_TOKEN_TO_BE_REPLACED

Victims of medical negligence related to medication errors won a major victory last week. The United States Supreme Court upheld a $6.7 million jury award to a musician who had lost her arm due to a mishandled injection of Phenergan, an anti-nausea medication. The Court rejected the defense argument that federal law limits lawsuits against drug makers.

In a 6-3 decision, the Court held that federal approval of the medication’s safety label did not mean that the manufacturer was shielded from lawsuits like the one filed by the patient.

This is the Supreme Court’s second ruling this term which has turned away business groups’ attempts to argue that federal regulations strip a patient’s rights to seek damages for negligence under state law.